DWC are delighted to announce our new Educational Programme for dancers attending the Finals of our competition in Portugal 2019.

An outline of the weekends is listed below:

The invites will be selected by achieving one of the top 24 scores in the genre.

Places will be strictly by invite only with 24 places available on each weekend. Our teachers and their associates are at the top of their profession and this will be an opportunity that cannot be bought.

If you are lucky enough to be invited, the 9 - 10 hours tuition will be at NO CHARGE. You just need to pay for travel to the venue and accommodation for you and your parent/guardian. Our travel partner will have reserved rooms at the venue at 3/ 4 star hotels. You may arrange your own travel arrangements for you and your parent/guardian if you prefer.

The classes that are eligible will be judged by the same judges to ensure fairness. DWC, may invite (if space allows) dancers who impressed them at qualifiers, but could not attend the finals. This will be on the specific recommendation of the international judge at the qualifier and sent to DWC Headquarters for consideration. Dancers achieving lower than 24th place in the classes may be offered a space if not all invited dancers are able to attend.

After receiving the invite, you have until the 1st August 2019 to respond or your place will be offered to another eligible dancer.

Details of our weekends are as follows: -

In 1969 she entered Saratov Ballet School, from which she graduated in 1977 in the class of Professor N.A.Maksimovoy.

From 1977 to 1980 she was first soloist of “Moscow Classical Ballet” under the direction of N.Kasatkinoy and V.Vasileva.

During her dancing career she was soloist in various performances from as:

In 2001 she graduated from the Faculty of Education of the Vaganova Academy of Russian Ballet.

She is currently Head of the Department of Classical Ballet and Duet - Associate Professor at the Vagonova Academy.

Born and raised in, Russia, Misha Tchoupakov performed with the Bolshoi Ballet in Moscow as well as Colorado Ballet, Sarasota Ballet of Florida, Los Angeles Classical Ballet, San Francisco Opera Ballet in the U.S. and Vienna State Opera Ballet in Austria. He also holds an M.F.A. in Dance Pedagogy and Choreography from the Moscow State Academy of Choreography and he had taught for Colorado Ballet, Houston Ballet, Oregon Dance Theatre, State Street Ballet, Ballet Arlington in the U.S., Guangzhou Ballet of China, Galili Dance in Netherlands, Cluj Opera Ballet and Sibiu Ballet Theatre in Romania, and Cia Brasileira de Ballet and Teatro Municipal do Rio De Janeiro in Brazil,Ballet Nacional Sodre in Uruguay, and Tivoli Ballet Theatre in Denmark. He was also on the faculty of the Royal Ballet School, the Elmhurst School for Dance in Association with Birmingham Royal Ballet, and the English National Ballet School in the UK and served as Assistant Professor at University of Utah Department of Ballet. Mr. Tchoupakov currently works with YAGP Ballet and Contemporary Dance Competition in New York as Rehearsal Director, Judge and Master Teacher and is an internationally renowned guest teacher. He joined the faculty of School of Dance at University of North Carolina School of the Arts in 2013 as Assistant Professor.

Dury is the artistic leader of ELEPHANT IN THE BLACK BOX since its foundation. Dury has danced for the best known international companies such as the Paris Opera Ballet, the Ballets de Monte Carlo, Compañía Nacional de Danza en Madrid and as a guest at Les Grands Ballets de Montreal. In these companies he has developed a career that is distinguished by the versatility of the performed repertoire, from the great classical ballets to the contemporary works from the great choreographers from the XX and XXI centuries. Dury has created works for professional companies, such as Leipzig Opera Ballet, Basel Ballet or Ilicite Company, and he has produced his own work for EBB company. He has more than 20 works and has been rewarded for them with awards such as Talent Madrid in 2013, the Taglioni European

Ballet Awards Berlin in 2014 and the Simón Bolivar award from UNESCO for best career. Since 2016, it has assumed a new mission aimed at international emerging dancers and with the objectives of promoting and developing their artistic careers. In addition, Jean-Philippe Dury is invited by numerous international schools as a teacher and choreographer to transmit his artistic knowledge to dance students. 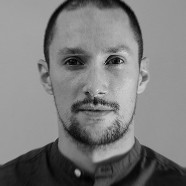 Marco Blázquez finished his Classical Dance studies at RCPD Mariemma, Madrid, and immediately began his career as a professional dancer for “Europa Danse” (Cannes, France) in 2005. After going through a diversity of dance companies in Europe, in 2009 he joined the “Nederlands Dans Theater II” and, later, in companies such as Staatstheater Mainz. Marco Blázquez has worked with the most prestigious choreographers of the current dance scene including Nacho Duato, Ji?í Kylián, Ohad Naharin, Johan Inger, Paul Lightfoot, Sol León or Alexander Ekman.

He also has his own creations as a choreographer. His repertoire includes more than 10 short and long works such as: Salvation, Fragile-Stato, Dreadful Stagger, Drift

in Drain, A Fading Found, Obumbrate, Absorption, LOL, Sounen or 1 36.

Throughout his career, Marco Blázquez has always combined his activity as a dancer and choreographer with that of classical and contemporary teaching in various schools and professional companies, bringing an innovative and enriching vision to the art of dance. 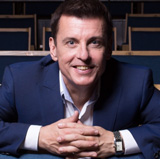 The Tiller Girls: The John Bishop Christmas Show (2013, BBC); So You Think You Can Dance (group and duet routines in the semi-final and final, BBC); Strictly Come Dancing (specialist choreography 2013-present, including Charleston routines, pro group routines and guest star appearance, BBC). Bill also appeared on The Sound of Musicals (C4) and in ITV Perspectives’ For the Love of Fred Astaire as an expert on Fred’s choreography. 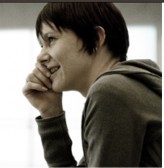 Odette Hughes is Associate Director at Studio Wayne McGregor. Odette re-stages Wayne McGregor’s works on companies around the world and assists him on a range of projects including as Assistant Choreographer on Harry Potter and the Goblet of Fire in 2005. She joined Company Wayne McGregor in 1997 as a dancer and was subsequently Rehearsal Director for the company for many years, managing the company’s everyday artistic supervision, overseeing performances, directing rehearsals, and delivering many community and outreach projects.

We intend to increase these weekends every year with more dancers having the opportunity to join with some of the most famous names in the world of dance for advanced tuition. Teachers will be invited to watch the masterclasses but not parents/guardians.

We hope you are as excited about this new venture as we are.